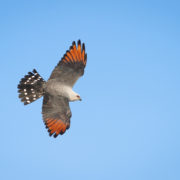 We are proud to announce the release of our very own Bird Identification Guide for the Pantanal. The first volume covers the non-passerine birds we often find during our tours to South and North Pantanal. We trust this tool will be helpful to our guests when trying to ID the myriad of birds photographed during our tours. The download is FREE, so go ahead and get your PDF now by clicking here.

This still a work in progress and if you would like to contribute with missing photos please send me an e-mail! 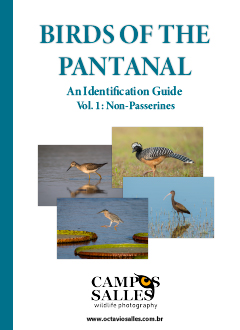 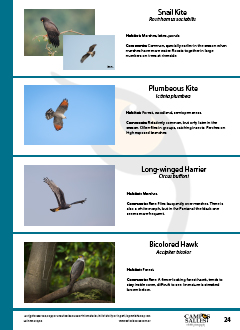 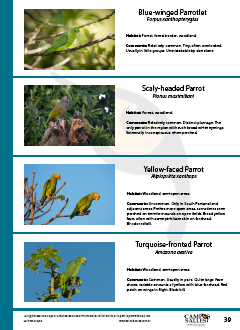 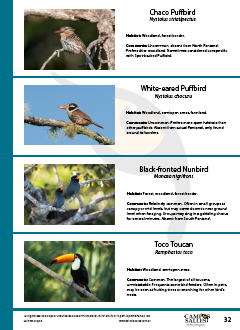 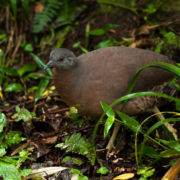 At 66 million years ago a huge meteor fell on what is today the Yucutan Peninsula in Mexico, causing catastrophic ecological disruptions around the world. New evidence shows that most forests died out, as well as almost all flowering plants, and with this the habitat of many bird species. The regeneration of the trees and forests happened much later, thousands of years later, says Antoine Bercovici of the Smithsonian Institution in Washington.

Apparently the only birds that survived this particularly catastrophic event in the history of our planet was relatively small birds that lived on the ground, which is today better represented by the family Tinamidae, the nothuras and tinamous of Latin America. Today they occupy grasslands and dense forest, with dozens of different species, almost always extremelly shy and difficult to see or photograph, hiding in the vegetation. Maybe this is what saved them in the first place?

During my tours we stand a chance of photographing a few species, like Solitary, Undulated or the Brown Tinamou pictured here. But a little patience is required 😉 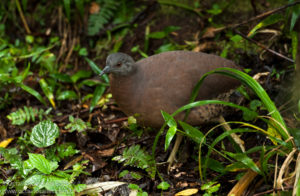 Brown Tinamou from the Atlantic Rainforest 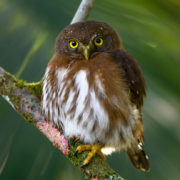 A new species of Pygmy-Owl (genus Glaucidium) for Brazil is currently being described. The discovery was made by ornithologist Luís Fábio Silveira during a scientific expedition to remote Pico da Neblina, the highest mountain in Brazil on the border with Venezuela end Colombia, in the Amazon Rainforest. According to Luís Fábio the bird was singing very differently from other owls in the same genus and there was a suspect it could be a new species, so it was collected, at 2.200m high. After the bird was collected the ornithologist also noted important plumage differences, like the tail barring pattern.

After its formal description this will be the 5th. species of Pygmy-Owl in Brazil, although one of them is extinct, the Pernambuco Pygmy-Owl, due to the intense past deforestation of its habitat in NE Brazil. During our photo tours we often encounter the Ferruginous Pygmy-Owl in the Pantanal, a fierce little predator, capable of killing birds almost as large as its own body! In our Atlantic Rainforest trips we also find sometimes the Least Pygmy-Owl. Both of them are pictured below. 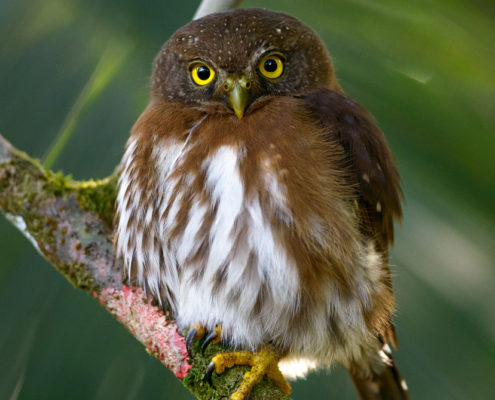 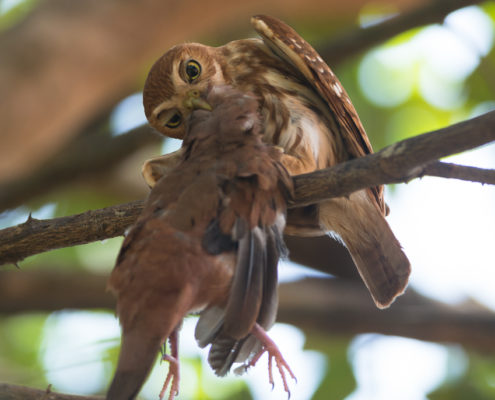